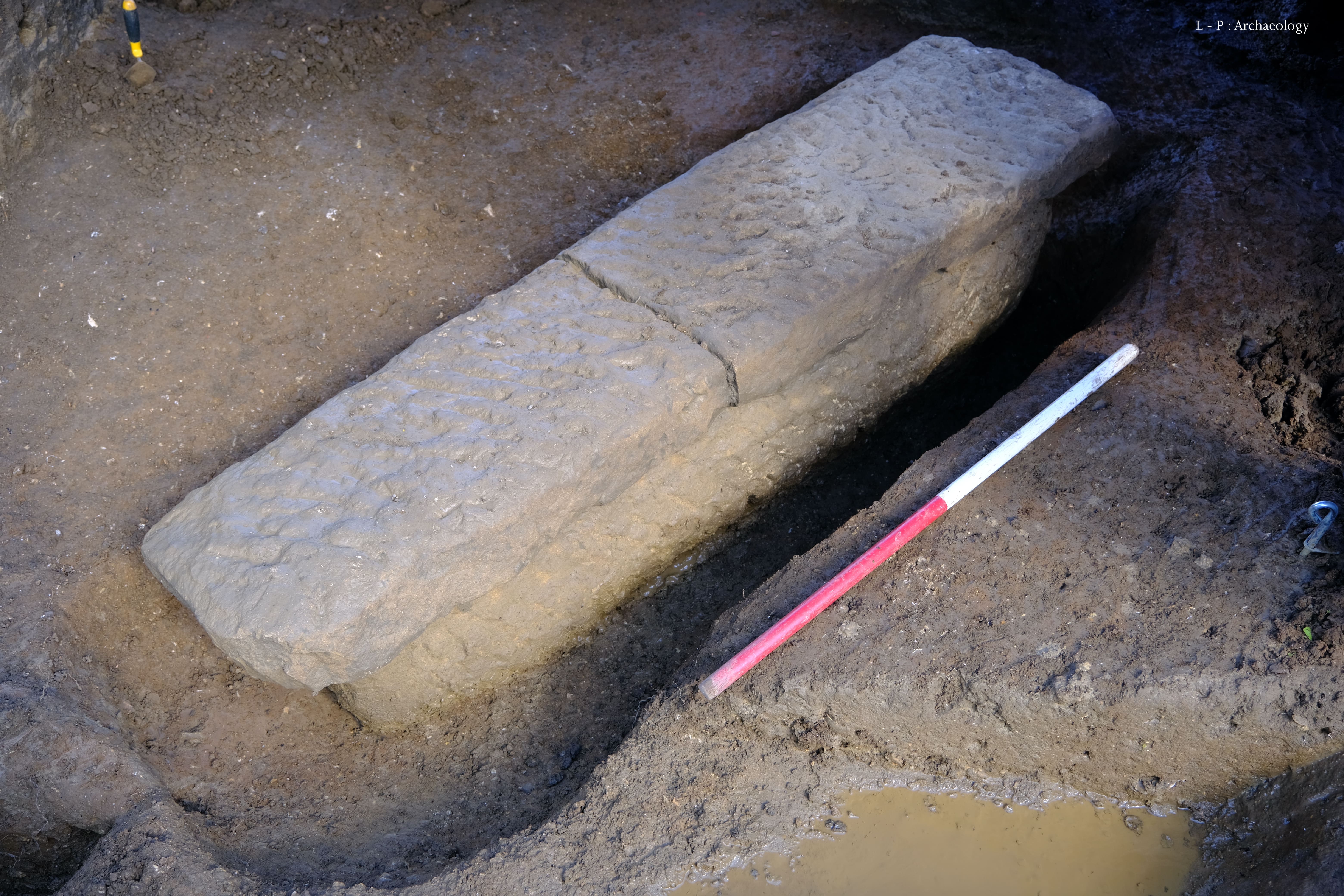 We are excited to share that a rare ancient Roman sarcophagus has been found at our project at Sydney Gardens in Bath!

A stone sarcophagus dating from Roman times and containing two burials has been unearthed by archaeologists at Sydney Gardens in Bath. The find is said to be a very rare glimpse into local burial practices two thousand years ago. The coffin is a Bath limestone casket and lid containing the preserved remains of a person laid in a prone position and the partial remains of a second person laid at their feet.